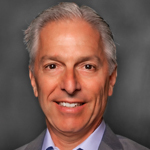 Tom is responsible for overall business strategy, market evaluation, internal policies and procedures, and profit and loss. In all his work, Tom strives to develop long-term, trust-based relationships with general contractors and customers.

In 1985, Tom joined the company in the estimating department, later advancing through positions as Project Manager Industrial, Vice President Commercial Market, and Executive Vice President of Operations. He was promoted to President and CEO in 2000.

Tom received his bachelor’s degree from Purdue University in West Lafayette, Indiana. He currently serves on the Board of Directors for the Northern Indiana National Electrical Contractors Association (NECA). He has been an accredited representative of the Northern Indiana NECA since 1989 and has served as their Western Division Chairman since 2011.

Tom enjoys spending time with his wife & family and is an avid golfer. An active member of his community, he also serves on the Board of Directors for the Franciscan Alliance Foundation and American Community Bank & Trust.