For a high school designed to replace three existing schools, we equipped spaces with state-of-the art electrical and technological solutions. 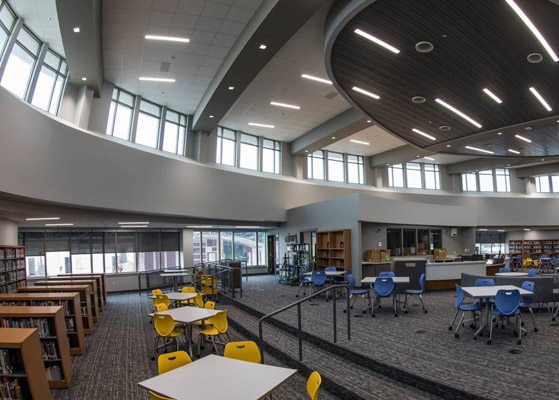 This new school project launched after more than a decade of the community’s careful consideration of how to better serve three existing school populations.

EMCOR Hyre Electric Co. of Indiana, Inc., was able to outfit their new high school with state-of-the-art sound systems, electrical installations, and technology that fulfilled their vision of a progressive academic, arts, and sports experience—now and in the future.

The client was building a new high school to consolidate three schools into one. They needed leading-edge electrical solutions and technology services throughout this modern facility.

EMCOR Hyre Electric installed electrical wiring and equipment in a wide variety of spaces, including:

Throughout the facility, we also installed technology solutions, including:

The Hammond High School is a public secondary school that opened in 2021. EMCOR Hyre Electric has worked with this client on more than a dozen projects over 20 years.